RGB is a suite of protocols for scalable & confidential smart contracts for Bitcoin & lightning network. They embrace concepts of private & mutual ownership, abstraction and separation of concerns and represent "post-blockchain", Turing-complete form of trustless distributed computing which does not require introduction of "tokens".

This document is targeting technical readers, who would like to understand, audit, extend or build new applied tech with RGB. The document presents an explanation of design principles and provides deep technical insights into how RGB system is structured and work. It is not a formal RGB spec, however the information is based on underlying LNPBPs standards defining parts of the RGB protocol and related technologies.

As a smart contract system RGB is quite different from previous approaches, both Bitcoin-based (Colored coins, Counterparty, OMNI) and non-bitcoin (Ethereum, EOS and others):

More about these concepts can be read in this presentation.

In order to understand technical details behind RGB one have to become familiar with the following concepts, which are heavily used in RGB design:

Briefly, RGB smart contracts operate with client-side validation paradigm, meaning that all the data is kept outside of the bitcoin transactions, i.e. bitcoin blockchain or lightning channel state. This allows the system to operate on top of Lightning Network without any changes to the LN protocols and also gives a foundation for a high level of protocol scalability and privacy.

As a security mechanism RGB uses single-use seals defined over bitcoin transaction outputs, which provides ability for any party having smart contract state history to verify its uniqueness. In other words, RGB leverages Bitcoin script for its security model and definition of the ownership and access rights.

RGB operates in “shards”, where each contract has a separate state history and data; different smart contracts never intersect in their histories directly. This allows another level of scalability; and while the term “shard” is incorrect, we use it to demonstrate that RGB actually achieves what was planned to be achieved with “Ethereum shards”.

While being separately maintained, RGB contracts may interact via Bifrost protocol over the Lightning Network, allowing multiparty coordinated state changes, which, for instance, enables functionality like DEX over Lightning etc.

RGB was originally envisioned in 2016 by Giacomo Zucco (BHB Network) as a "non-blockchain based asset system" basing on earlier ideas of Peter Todd about client-side-validation and single-use-seals and implemented as original MVP around 2017 by BHB Network with support from Poseidon Group. Since 2019, Dr Maxim Orlovsky, Pandora Core AG, acts as the main designer and lead contributor to RGB protocol, designing and implementing more than 95% of its current code and underlying standards. Since 2019 RGB was restructured and re-thought from scratch by him as a generic form of computing and confidential smart contracting system. This refactoring happened as a part of LNP/BP Standards effort, created in 2019 and initially funded by iFinex Inc and Fulgur Ventures (2019H2-2020H1), and, later (from 2020H2), by Pandora Core AG, personal funds of Dr Maxim Orlovsky and community donations. A lot of input into RGB design, re-design and protocol peer-review came from a broader community, which included contributions from more than 50 people and organizations, including:

The community and contribution management since 2019 was performed by Olga Ukolova, Pandora Core AG.

Many input into protocol design ideas and suggestions came from personal conversations of Dr Maxim Orlovsky and Giacomo Zucco with notable cryptographers, specialists on distributed systems and game theorists, including:

We are thankful to the early adopters of RGB protocols, who invested and continue to invest into RGB integration and independent peer reviews: 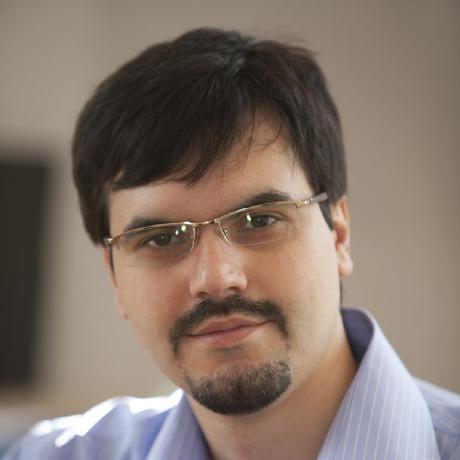